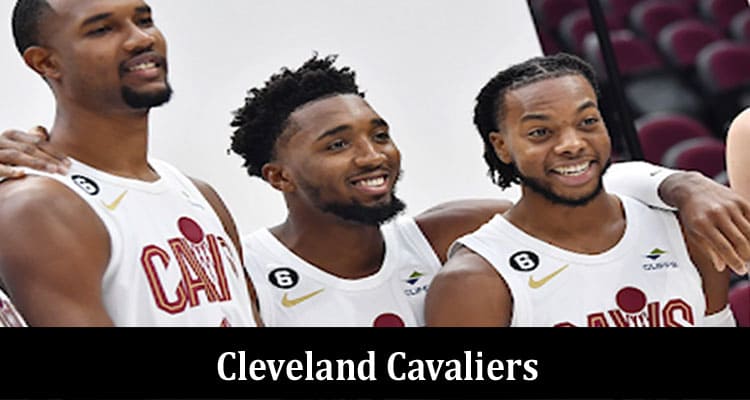 Although 2022 brought the Cleveland Cavaliers plenty of recognition, it didn’t come with much success as the Cavs missed the playoffs despite a hot start.

They have also started their 2022-23 season off with a bang in an effort to redeem themselves and are ranked among the top 5 teams in the NBA while boasting the league’s best defense thus far. This makes the BetMGM bonus code for Ohio residents even more of an attraction as there is real hope over Cleveland’s chances of achieving something big this year.

Despite the Cavs’ fumbling the playoffs last term, they are still in a good position to host a series this April, of course, that still remains to be seen. Last season, they did begin under similar odds, until multiple injuries caused them to fall several places behind. Regardless, this team’s roster seems better overall and also appears to be better equipped to handle any injuries. Furthermore, its star players, namely Darius Garland, Jarrett Allen, Evan Mobley, and more recently, Donovan Mitchell, are more than capable of covering each other on the court.

In addition, the chances of the Cavs winning (at least) one series in this season’s playoffs are looking very favorable. For many Cavs players, this would mark the first playoff game in their career, and though they may be a bit green, Mitchell is no stranger to the stage, and veterans like Ricky Rubio and Kevin Love will be there to guide their transition. The Cavs are undoubtedly one of the best in the East and, provided they are able to finish the regular season as a top seed, they will be heavily favored to win that first series. If nothing else, the experience could be crucial to player development.

Sadly, the Cavs have missed out on many NBA season awards in more recent years. Last season was no exception as both Cav stars Evan Mobley and Kevin Love were runners-up for the Rookie of the Year and Sixth Man of the Year awards, respectively, but missed out. However, bringing home an award looks to be more feasible this year. If all else fails, Cavs General manager Koby Altman deserves to win Executive of the Year for molding the roster, with the Donovan Mitchell trade taking precedence. Allen and Mobley will no doubt be vying for the defense awards, though Mobley seems to be leading in that regard.

Mitchell’s trade has certainly paid off. He dominated the court in a recent game against the Chicago Bulls. Cavs head coach J. B. Bickerstaff was pleased with the performance.

“He was determined to prove that winning  and this group is the important thing to him,” Bickerstaff the coach said, via Bally Sports. “There is not much words, I have never been support to a performance like live. We were served tonight to one of the best performances in the history of NBA.”

During the game on Monday Mitchell broke multiple records. A 71-point personal score marks the eighth-most points scored in a single game in the history of the league, as well as the most points scored so far this season. It also surpassed LeBron James’ Cavs team record of 57 points. Already, Mitchell is second only to the late Kobe Bryant’s 81 points against the Toronto Raptors in 2006.

Mobley was a fan favorite for Rookie of the Year last year and continues to be a significant force for the Cavs. Coach Bickerstaff also praised Mobley’s consistent performance.

“It’s an extremely unique situation for a guy of his age, and even last year, to come in and impact winning the way that he does,” Bickerstaff said earlier this month. “He does not care about stats; he does not care about numbers and averages and all the petty [expletive] that some guys get caught up in. The only thing he cares about is helping his team win.”

The previous summers were rather heavy on the Cavs’ trades. Nonetheless, this offseason looks to be lighter since they will not have a first-round pick and have limited roster space. Both their backcourt and frontcourt already seem to be firmly in place. Following the amazing trade-off for Mitchell, the odds are that Love will return to play this season as well. Additionally, the Cavs are looking to add a wing player, possibly Caris LeVert, or an alternate 3-and-D wing player to interchange with Lamar Stevens and Dean Wade.

If the Cavs move through to the second half of the season with the same ferocity and determination they currently display, then the sky’s going to be the limit.