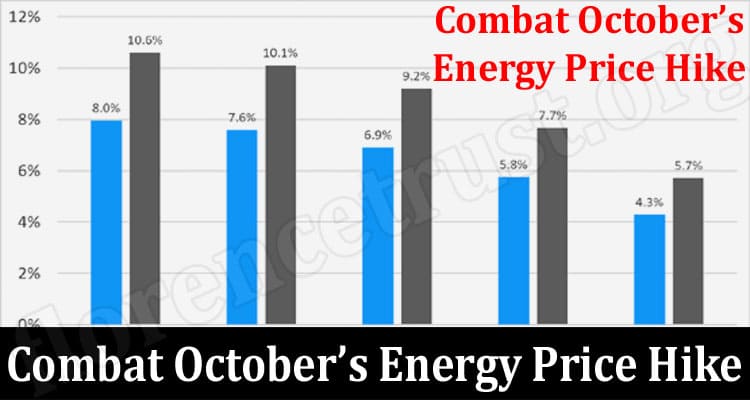 Combat October’s Energy Price Hike: UK residents have been hit by a wave of cost-of-living increases in the past few months, from fuel to food and furniture. But one of the most significant yet is the hike in energy costs.

After steadily rising for a prolonged period, a record increase in global gas prices drove an energy price cap rise of 54% from April 1st – equating to £693 extra for those on default tariffs. The news caused widespread concern among homeowners, charities and economic analysts, with many fearing the hike will push millions of people into poverty – or worse – come wintertime.

These predictions have since been confounded by news of a further energy price hike scheduled for October. Though not yet confirmed, Ofgem’s chief executive told MPs in late May to expect the average annual bill to rise by around £800.

While government support is expected to come in for many households, most Brits will still be looking for ways to soften the financial blow. Below, read three of the primary options for combatting rising energy prices.

One of the best ways to save money on energy used to be to switch supplier and move onto an introductory tariff. But in the current market, switching doesn’t offer the same kind of returns it used to, so you’ll need to look for alternatives.

Changes like turning off appliances at the plug won’t save you hundreds of pounds, but every little counts. Using a smart thermostat meanwhile and turning your thermostat down a degree or two will help you heat your home more efficiently.

If you have any appliances that need replacing, choosing upgrades with high energy-efficiency ratings is worth it. Other energy-saving tips include washing clothes at lower temperatures, fitting a shower timer, draught-proofing your property and improving its insulation.

Increasing your income is often easier said than done, of course, but there are multiple ways to approach it.

You could focus on getting a promotion or switching to a higher-paying job, for example, which could pay off if you have the skills, attitude and experience to justify it. Or if you have the option to take on extra work such as weekend shifts, now’s the time to get earning.

Alternatively, you could look to boost your finances through a side hustle. You might be able to start selling crafts online, for example, or have the capacity to pick up freelance work. Or if you’re financially savvy, you could sign up to become a forex trader in your spare time.

Cut back on spending

Similar to increasing your income, cutting back on spending isn’t a viable option for everyone. But there are avenues for cost-cutting that shouldn’t drastically alter your quality of life.

Review your monthly outgoings and see where the majority of your money is going. You could be overspending on rent, for example, or racking up too many costly food shops and meals out. Other common overspends are unused subscriptions like gym memberships and TV streaming services.

You might be an impulse buyer too, in which case avoiding triggers like discount emails or mobile notifications from retailers could help you curb your spending habits.

Could any of these tips help you manage increasing energy prices?

What Can you do to Combat October’s Energy Price Hike?