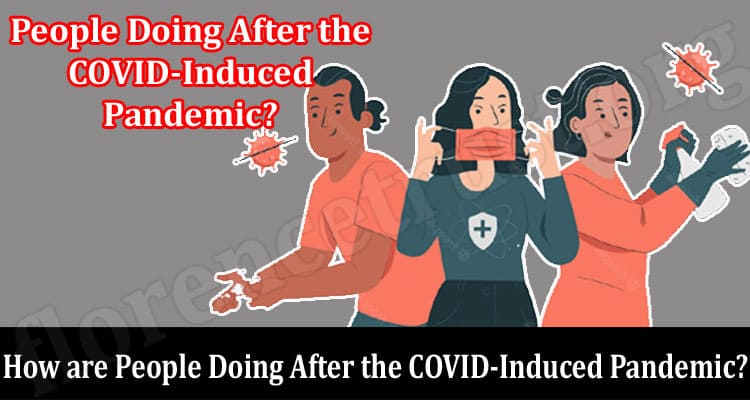 How are People Doing After the COVID Induced Pandemic?: According to a recently published paper based on the results of a systematized analysis, Omicron has been making a resurgence across the United States. BA.2.12.1 has likely infected over fifty percent of Californians —a disease that weakens the victims’ muscles. Now the new concern is over the sister variants BA.5 and BA.4 rapidly spreading. Both variants can escape immunity that people have had time to develop through vaccination. While BA.2.12.1 could resist only 1.8 times the vaccine’s strength, the latest subvariants can be resistant by nearly 4.2 folds. Hence, the chances of infection are higher.

According to the latest weekly reports of the CDC, if 42% of new cases were BA.2.12.1-led against 53% the previous week, there is a sharp rise in BA.5 and BA.4 cases accounting for 25% and 12%, respectively. And the problem with them is not just quick transmissibility. They can potentially cause re-infection among the recovered COVID patients. Amidst all these happenings and changing thought processes of people around the situation, one may ask if the Americans are happy.

Currently, a lot is going on in everyone’s life. There is an atmosphere of caution, fear, and resentment too. If you check MyBioSource’s survey involving 3,442 participants, nearly 30% said they either lost friendship or became distanced because of the difference of opinion around COVID guidelines. As per the same study, almost one in three people don’t want to bring up any topic that has to do with COVID during social gatherings for the risk of argument. So it is unimaginable what the rough years would have done.

Adding to this, the event of six million deaths worldwide, including one million cases in America, is another emotional jolt. Then, the United States still records hundreds of COVID casualties each day. All this indicates the scale of loss everyone has put up with, a large part of which still warrants some reckoning. Nevertheless, let’s find out how the country’s people are doing.

The overall state of people in the US

An outsider would be surprised to hear someone say that Americans are doing OK because despite many incidences. Generally, people seem full of resilience and optimism. They can survive the tough times. Still, it doesn’t indicate they are OK with where the country is heading. One January Gallup survey revealed that 85% of participants expressed satisfaction with their lives, and only 17 % said they were OK with the country’s approach. Gallup has been surveying people since the 1980s in this area, and the percentage of them sounding very satisfied or somewhat satisfied has been steady between 73 and 90%.

The pandemic-led effect on Americans

While the pandemic has created havoc worldwide, people had their journey with it. After over two years, people still deal with stress after mental health issues in the US that appeared at the beginning of the outbreak. Therapists are feeling overwhelmed by the demand. On the other hand, COVID has also elicited extreme emotional volatility among people. The study on well-being focused on emotional upswings and downswings related to the pandemic and recorded that just about 46% of the survey participants in the first half of 2020 said they were thriving. And even that number also reduced amidst the atmosphere of employment crisis and high death tolls in 2020.

However, things started looking north with the introduction of vaccines and economic recovery near 2020 end. The percentage of people who said thriving showed almost 14% improvement by the 2021’s first half. It coincided with the feeling that the pandemic might finally vanish. But that was only a brief respite before the deadly wave of delta virus began, striking the Americans one more time. If one looks closely into the situation, the signs of struggle among Americans can be apparent in the form of deaths caused by medicine overdose, smaller life expectancy, etc.

Undoubtedly, Americans have faced much, no matter what caused it. But the good thing is if stay-at-home orders weighed heavily on some, the other group of people got time to reflect on things going wrong in their lives and change them for the better. One of Ohio’s clinical social workers, Sehinkman, said that the virus outbreak has been like a giant magnifying glass. People have been distressed – whether it meant going for therapy, divorce, leaving a job, or so. However, the positive is they chose to face the impending issues instead of allowing them to fester and trouble more. Pandemic created a sense of prioritizing.

There has to be an overall understanding that no one can be happy if they don’t have financial security, a proper shelter, and smooth access to healthcare. Also, it is critical to realize that several Americans have been too busy with their professional life, especially those who belong to the healthcare field or grocery stores. So they hardly had time to ponder much about their situation. But the pandemic has affected everyone differently, and there doesn’t have to be any doubt about it.

How are People Doing After the COVID-Induced Pandemic?