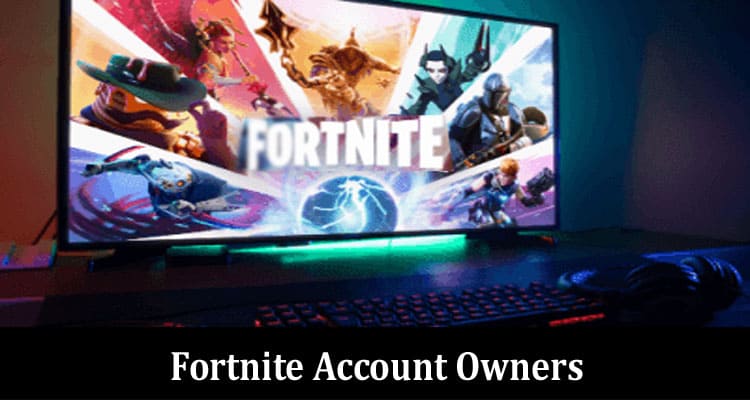 Get ready to be Chromified.

Fortnite’s newest season is officially out; this time, the battle royale will take you to a world where everything is all about the shine and chrome. Known as Paradise, Chapter 3: Season 4 will bring new weapons, powers, and locations to the ever-expanding game. Of course, there’s also a new battle pass to expect—with skins like Spider-Gwen making an appearance.

This season, the island is infested with a mysterious substance known as Chrome, and behind its rampant spreading is a sinister force called The Herald. There’s still not much we know about who The Herald consists of and their ultimate goal for spreading the Chrome, but we know that it’ll give players with Fortnite accounts tons of new opportunities while playing the game!

You can expect a new battle pass to accompany the new season like clockwork. There are many characters to unlock, including Spider-Gwen, the main highlight. If you’re thinking of purchasing the battle pass for your Fortnite account, you’ll be happy to know that you’ll immediately get access to the Paradigm skin should you do so.

Here are the skins you can get for Chapter 3: Season 4’s battle pass:

Fortnite’s most prominent addition to the latest season is—without a doubt—the Chrome. With it, you can use the Chrome Splash, which lets you penetrate through walls and shoot through them. If you want, you can even jump through them! You can also use the Chrome Splash on yourself to gain new powers, such as having the ability to dash mid-air and become a silver blob while sprinting. If you’re familiar with how Splatoon works, it’s akin to that.

Weapons have been Chomified around the map as well. These include the EvoChrome Burst Rifle and EvoChrome Shotgun, both of which can be looted from Chrome Chests. The weapons now have new effects and heightened damage for this season, including the power to upgrade their rarity whenever you damage enemies with them.

Fortnite Changes in the Map

The map has changed significantly compared to Fortnite Chapter 3: Season 3. The Reality Trees are now gone and were replaced with Herald’s Sanctum. Herald’s Sanctum is a new POI on the island’s east side; it’s a tower seemingly built by Chrome Hexagons, and it houses The Herald, a powerful NPC (and the villain of the story) who patrols the area. Should you choose to engage them, they’ll throw a protective, bubble-like shield around themselves and spawn Chromified wolves to attack you and your team. If you defeat her, you get to have her Mythic EvoChrome AR.

Besides the Herald’s Sanctum, you’ll notice that the island’s condition isn’t what it used to be. Many areas like Condo Canyon have deployed balloons to escape the effects of the Chrome by being airborne. As a result, the Condo Canyon has turned into the Cloudy Condos, where the entire neighborhood is suspended in the sky. You’ll need to use the new D-Launcher device or the ziplines to get there.

You might come across a key or two when going around the island looking for loot. You can use keys to open Vaults; Low-Security Vaults only need one key, while High-Security Vaults need two Keys. If you’ve picked up at least one key, you’ll see a keyhole icon added to your map. You can use that to locate nearby Vaults around your vicinity.

We all know NPCs are an integral part of Fortnite. They offer exotic weapons, quests, and even sell loots and services. Currently, you can find 22 NPCs around the island. Here’s a list of all the NPCs for this season and where you can find them.

Finding the NPCs will be extra challenging for this season, mainly because of the presence of The Herald since she’s capable of inflicting severe damage to Loopers like Jonesy.

Be One With the Chrome

Chrome is taking over the island, The Herald is keeping the Loopers at bay, and soon there may be a war brewing that could result in the island’s demise. We still don’t know what will happen next in Chapter 3: Season 4 since everything’s just starting, but if you want to get into the hype of the latest season, this is the best time to do so.

If you’re at least interested in owning Spider-Gwen (since she’s not available for purchase in the Fortnite Item Shop), we recommend taking a look at the battle pass.

Fortnite Account Owners Can Now Get the Spider-Gwen Skin