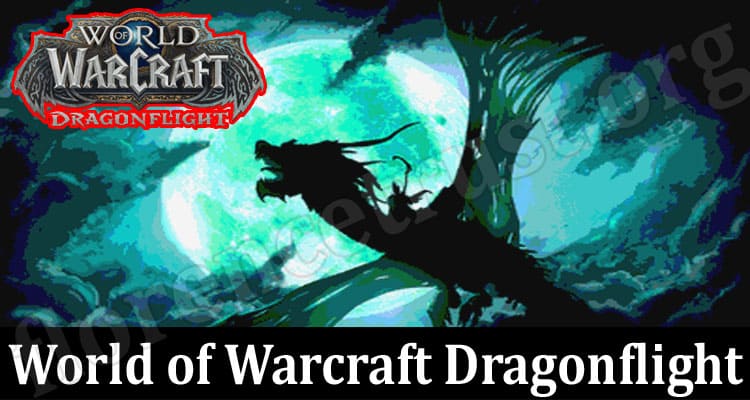 Flying mounts have been a WoW staple since The Burning Crusade. However, Cataclysm opened up Azeroth for flying on a grander scale. Now, Dragonflight will take flight mechanics to even greater heights! Of course, it comes with other improvements and changes, but air travel is still the main attraction of the expansion. This is exciting news whether you prefer farming WoW Retail or WoW TBC gold.

The Dragon Isles was a mythical land of dragons, sealed and lay dormant to protect its secrets as magic drained away. Now that the world is healing and magic is returning, the time has come to bring it back to the light. Adventurers can travel to this land of dragons and discover the mysteries and treasures concealed within the islands.

Its inhabitants are called the titular ‘Dragonflight.’ They are a draconic race and come in five colors (red, green, blue, bronze, and black). A particular red Dragonflight invites the heroes of the Horde and the Alliance to help them fight against an ancient threat.

Some of the revealed locales include:

As a continent inhabited by dragons, you can expect that the landscapes will need flight to navigate more often than walking. That shouldn’t be a problem with the upcoming new flying mechanics in this expansion.

Both class and race are packaged into one: the Dracthyr Evoker. They’re humanoid dragons who can switch between forms at will. They were created by Neltharion (a black Dragonflight) to wield the magic of all 5 Dragonflight colors.

This gives them a unique and recognizable magic casting ability and the ability to specialize in offensive or defensive spells. They’re available for both Horde and Alliance players. As a Heroic class, they start at level 58 and have their own starting area.

Players can partner with Dragonflights for a new way of flying. This will be done through the Dragonriding skill, letting them maneuver in the air and use their momentum to soar and defy gravity. Also, players can customize their new drake mounts to make them unique from all others. It’s flying like you’ve never done before in WoW!

Blizzard has caught up with the advancing technology and is now trying to make the HUD and UI friendlier to bigger screens. A certain degree of customization will also be available to players who want it, owing to the popularity of several mods that allow it. It’s a timely upgrade, though maybe a bit too late.

Players can move and rearrange their UI elements as they see fit. It’s not going to be a super customizable thing. Still, it does allow adjustments where the older versions of the game don’t.

Shadowlands did away with the talent trees in place since Vanilla. Now, Dragonflight is bringing it back, though it will not be the same system as before.

There will be two available trees: a general class utility tree and another for specializing. The idea is to let the player decide whether they want to be a DPS, tanker, healer, or a mix of the three. They can pick and choose which skills to acquire from the tree, which opens up hybridization. In the last expansion, players were over-specialized into one aspect of their class. This time, there will be more versatility.

There will also be a function where they can save a build to easily switch out depending on the activity they want to do.

Big things are coming to the professions in the form of Crafting Orders. The feature will allow players to request another player to craft something for them. Usually, this will be because you don’t have the correct profession to make the item. The requester can even send all or some ingredients for the thing they want, even those that only they (through another trade skill) can get.

Crafting Orders can be made by going up to the player or going to an NPC who will send the word out through an Auction Hall-like interface. Players can choose to make their request public, guild-only, or privately to a friend they know who can make it.

This is an excellent method to get a Soulbound item. Before, only you could create one for yourself. Now, you don’t need to switch professions to get one. You can create a Crafting Order for it, and it will be Soulbound to you instead of the creator.

More than that, professions also get a quality mechanic for crafted items. The higher the quality, the better the effects. The secret to making higher quality items is through crafting specializations. In Dragonflight, you can earn points by reading books or finding an NPC to teach you about it.

A crafting table hub will be available in Valdrakken. It’s an excellent way to meet fellow crafters or find one for that piece of gear you need. Everyone will also have special equipment they’ll automatically wear when doing something related to their profession. It won’t take up inventory space, too.

There’s so Much to Look Forward to!

More than the above, the max level will be increased to 70, and there will be new dungeons and raids. Dragonflight will be a fantastic experience if the developers can deliver. The return of the talent tree should also be a good thing, as there will be more variety to builds than the meta and most popular ones.

Plus, who can resist riding dragons? That’s a fantasy anyone who’s read or watched How to Train Your Dragon and similar fiction has. While the current flying mechanics are okay, Dragonflight promises to make it even better with aerial maneuvers! You’ll be able to do barrel rolls or dive into ambushing enemies, and your dragon is customizable.

Well, they’ve only just announced the expansion, and the estimated release date is December this year. That’s still a little less than half a year of waiting, enough time to amass a fortune in WoW Retail and WoW TBC gold. Also, you can finish up quests and other tasks while waiting.

For all gaming assets, visit PlayerAuctions.com